The last two posts (see here and here) on “direct instruction” and ways of measuring teacher talk vs. student talk got me thinking again about an obvious but often unasked question: how have teachers taught over the past century?

Policy debates over social-emotional curriculum, problem-based learning, and universal preschools seldom ask: how have teachers taught? What patterns of teaching have marked classrooms decade after decade? What kinds of change in teaching have occurred and which ones are best for students?

The main reason for this startling omission in policy debates is that few decision-makers can say with confidence how most teachers teach now or in the past.

I, and other researchers (see here and here), have tried to answer some of those questions over the past 30 years. Answers to these questions can inform current policymakers, practitioners, parents, and researchers as they consider well-intentioned but ill-informed policies that push certain kinds of teaching in order to improve student learning.

In How Teachers Taught (1984, 1993) and Hugging the Middle (2009), I collected 9,000 urban and rural classroom reports between 1890-2005 on common features of teaching. I examined how teachers organized classroom space, grouped students, and structured tasks for students after repeated progressive efforts to alter traditional teacher pedagogy occurred in the 20th century. I found the following classroom patterns.

Since the 1890s, the social organization of the classroom has become informal. In the early 20th century, dress-clad women and tie-wearing men facing rows of 50-plus bolted down desks controlled every move of students. They gave permission for students to leave their seat. They required students to stand when reciting from the textbook or answering a question. Teachers often scowled, reprimanded, and paddled students for misbehaving.

Over the decades, however, classroom organization and teacher behavior slowly changed. By 2010, few classrooms had rows of immovable desks. Classrooms were now filled with tables and movable desks, particularly in the early grades, so students faced one another. Jean-wearing teachers drinking coffee smiled often at their classes. Students went to a pencil sharpener or elsewhere in the room without asking for the teacher’s permission. The dread and repression of the late 19th century classroom marked often by the swish of a paddle and a teacher’s sneer slowly gave way, decade by decade, to classrooms where teachers were more informal in language and dress, and had a light touch in controlling unacceptable behavior.

Since the 1890s, most elementary and a lesser number of secondary teachers had blended student-centered and teacher-centered classroom practices into hybrids. As the social organization of the classroom becoming increasingly informal, most teachers mixed practices drawn from both progressive and traditional forms of teaching.

Grouping. Over time as class size fell from 60 to 30 or less, the student-centered practice of dividing the whole group into smaller ones so that the teacher could work with a few students at a time on reading while the rest worked by themselves slowly took hold among most elementary school teachers. Although variations in grouping occurred among high school teachers in academic subjects, small group work occurred much less frequently. 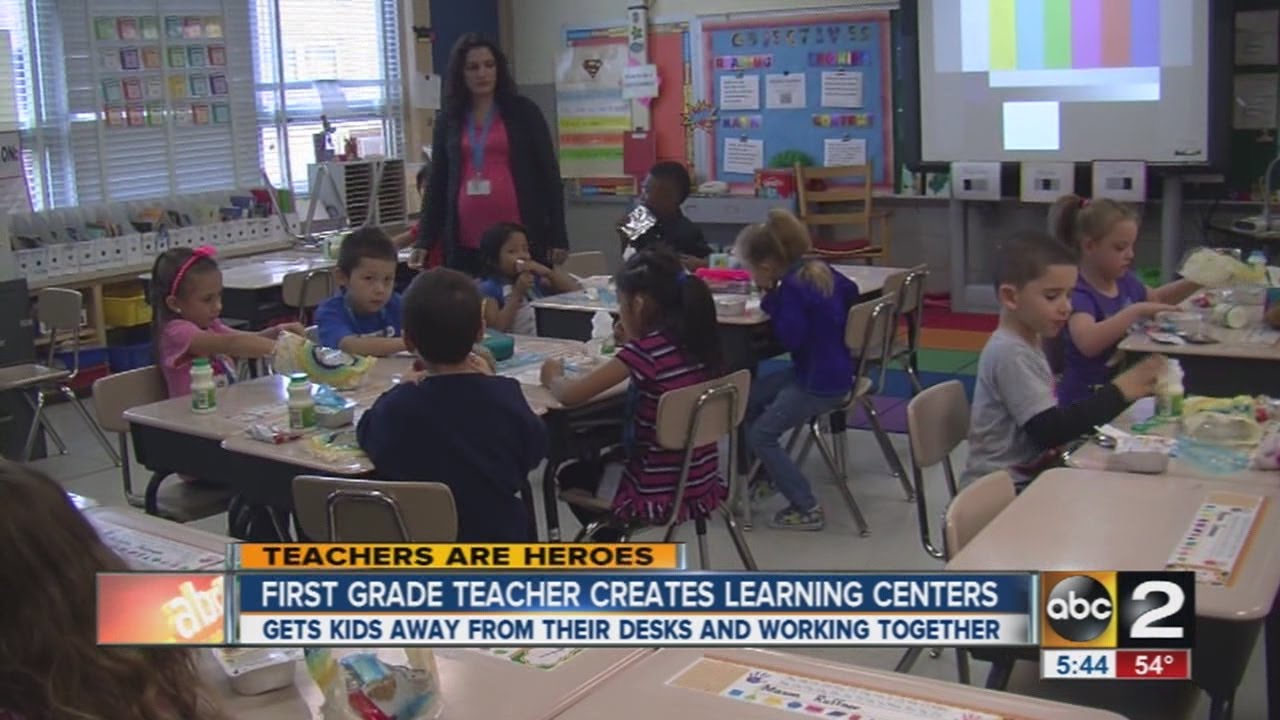 The use of student-projects that tie together reading, math, science, and art—think of a 4th grade class divided into groups or working individually on Native American life—became a standard part of elementary school teachers’ repertoire. In secondary schools, projects appeared in vocational subjects and periodically in science, English, and social studies classes.

Between the 1890s and early 2000s, then, teachers created hybrids of progressive and traditional forms of teaching. In elementary schools, particularly in primary classrooms, richer and diverse melds of the two traditions appeared with far fewer instances surfacing in high schools—allowing for some variation among academic subjects–teacher-centered pedagogy.

Even as classroom organization moved from formal to informal and hybrids of the two teaching traditions multiplied, teacher-centered pedagogy still dominated classroom life. As Philip Jackson noted in his study of suburban teachers, while teacher smiles replaced “scowls and frowns” and current “teachers may exercise their authority more casually than their predecessors,” still “the desire for informality was never sufficiently strong to interfere with institutional definitions of responsibility, authority, and tradition (p. 129).”

One only has to sit in the back of a kindergarten or Advanced Placement calculus class for ten minutes to see amid teacher smiles and many kindnesses to students which teaching tradition dominates. Teachers change students’ seats at will. They ask questions, interrupt students to make a point, tell the class to move from reading to math, and praise or admonish students. Controlling student behavior had shifted over the decades from scowls and slaps to indirect approaches that exploit the teacher’s personality and budding relationships with students but still underscore the fundamental fact of classroom life: teachers use their authority to secure obedience from students for teaching to occur. This is not a criticism. It is a fact of school life.

In light of my findings for classroom instruction between 1890-2010, the two teaching traditions, at opposite ends of a pedagogical continuum, seldom appeared in pure form in classrooms. In schools across the nation where great diversity in children, academic subjects, and teachers were common—even amid “wars” fought in newspapers over phonics and math—teachers created hybrids of subject matter lessons albeit more so among elementary than secondary school teachers. In short, teachers hugged the middle between student-centered and teacher-centered lessons.

Were current policies such as socio-emotional learning, direct instruction, Doug Lemov’s work on Teaching Like a Champion, and similar proposals to be put into practice in your school or district, would teaching continue to hug the middle or move more toward teacher-centered or student-centered lessons?

Or the bell-ringing question to answer: Would students be better or worse off?