The Lack of Evidence-Based Practice: The Case of Classroom Technology (Part 3) 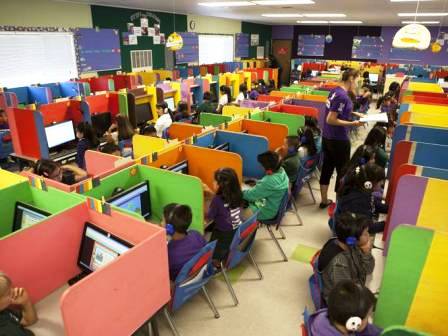 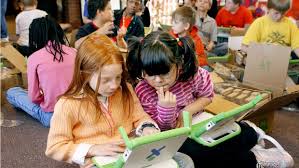 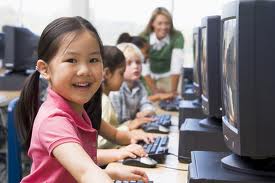 Parts 1 and 2 of this series made the case that when it comes to putting technology into classrooms, political reasons trump evidence from research and experience time and again. The lack of evidence supporting policymakers putting new devices and software into classrooms (e.g., produce gains in student test scores, transform teacher-centered into student-centered classrooms, and prepare children for entry-level jobs) is an open secret. Because public schools are political institutions reliant upon taxpayers and voters, beliefs–a.k.a. political ideology–have far more clout than evidence-based studies when  purchasing new technologies. And these beliefs (e.g., technology modernizes schooling, increases confidence of stakeholders in public schools, and saves time and money in testing) dominate policymaker thinking now.

While it would be forthcoming of top public and private decision-makers to stop using a fig leaf of evidence to hide the nakedness of their arguments, the official  reasons for deploying new technologies remain in play.  Part 3 removes the fig leaf in turning to technologies for young children. That is why the above photos launch this post.

The main point is that the push to arm kindergartners with iPads, put laptops into little hands, and place earphones on tiny heads has no basis in hard evidence. Few, if any studies, have dealt with toddlers or kindergartners. It is the political reasons noted above that school boards, superintendents, state and federal officials hide behind when they spend public dollars to equip four- and five year-olds with new technologies that will be obsolete in a few years. So in the rush to deploy devices into little hands, important questions go unasked.

Does the combination of screen time at home (e.g., television, smart phones, tablets, etc.) and then at school help or harm young children grow and learn?

To what degree do classroom screens isolate young children from one another in the name of personalized learning and thereby reduce collaborative activities?

What exactly do children learn (both intended and unintended) from clicking keys when viewing software for 15 or 20 minutes a day (or longer)?

How does the introduction of tablets or laptops alter the relationship between teachers and young children?

Asking such questions should be part of any public discussion when considering new devices for young children. They are not now asked. School boards and superintendents continue to trip over one another in equipping young children with devices that will soon be obsolete

When I answer parents emails or respond to journalist questions about new purchases of brand-new hardware and software for little kids, I ask the parents and journalists what reasons do school boards and superintendents give to the community. Since evidence is paltry on academic achievement, few policymakers ever say “research studies show….” What they do say, according to parents, journalists, and from what I have gathered in the media, is that these tablets, smart boards, laptops engage the children. Young children are enraptured when finger-swiping a screen, overjoyed with dancing colors and unexpected sounds–it is like a spanking new toy.

Two thoughts come to mind when I hear top decision-makers say”engagement” is the reason for  young children using these devices. First, four- and five year-olds can get “engaged” with popsicle sticks and cardboard cylinders from toilet paper rolls. It doesn’t take much to “engage” (or distract) a young child.

Second, the concept of “engagement” becomes a stand-in for student achievement. Policymakers assume that a child engaged in an activity is learning what was intended and when assessment rolls around will demonstrate that learning. The fact is that engagement may be a necessary condition but it is insufficient to show that the child has, indeed, learned what was intended. In short, there is a novelty effect that accompanies new technological devices  and, yes, as readers know well, the novelty wears off in time. Thus the linkage between engagement and achievement is hardly iron-clad. Yet top decision-makers assume, without evidence, that the two are locked together.

So policymakers have manufactured yet another reason–student engagement–for persuading parents and taxpayers why they use scarce education dollars for soon-to-be-obsolete technologies.

And beyond the noisy hype and the ever-hungry news cycle, what happens in these classrooms  equipped with new devices?

Except for those schools where young children are sent to computer labs, I have been in many classrooms where the majority of young children do not yet have row- after-row of devices. Usually there are a few machines in the classrooms. Most early childhood teachers allocate limited time for children to rotate through different activities such as a reading corner, art station, blocks, sandbox, and math center, and a center equipped with computers.Yet as preschool and kindergarten have become academic boot camps for first grade in the past decade and hype for having kindergartners use iPads increases, I do worry.

Especially, I worry about those Rocketship-like schools  where children sit in cubicles–see first photo–tapping away at keyboards for two or more hours daily located in mostly low-income neighborhoods where parents seldom ask the above questions.

When it comes to policymakers deciding on placing new hardware or software in classrooms serving small children, after thirty years of computer use in schools, evidence-based decisions are missing-in-action. The real reasons for such purchases have far more to do with beliefs and ideology than data-driven decisions.

Tagged as how teachers teach, technology

28 responses to “The Lack of Evidence-Based Practice: The Case of Classroom Technology (Part 3)”