This rhetoric of gallant leaders and change-agents is narrowly individualistic to the point of discouraging collaboration across schools and within a district. The message that idealistic and energetic young teachers and principals get is that the system, its leaders and bureaucracy are the enemy, the source of all problems. Individual teachers and principals have to be mavericks tough enough to fight the system in behalf of their students.

This macho message–underscored by a war-like vocabulary of trenches and guerrilla tactics with district bureaucrats—diverts reformers’ attention from analyzing school structures, specifically how the age-graded school has shaped attitudes towards education, school culture and classroom practice.

The age-graded school (e.g., K-5, K-8, 6-8, 9-12), a 19th century innovation, has become an unquestioned mainstay of school organization in the 21st century. Today, most taxpayers and voters have gone to kindergarten at age 5, studied Egyptian mummies in the 6th grade, took algebra in the 8th or 9th grade and then left 12th grade with a diploma. 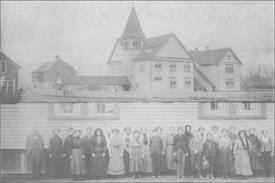 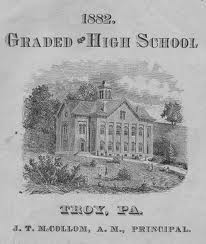 If any school reform–in the sense of making fundamental changes in organization, curriculum, and instruction–can be considered a success it is the age-graded school. Consider longevity–the first age-graded structure of eight classrooms appeared in Quincy (MA) in the late 1840s. Or consider  effectiveness. The age-graded school has processed efficiently millions of students over the past century and a half, sorted out achievers from non-achievers, and now graduates nearly three-quarters of those entering high school Or adaptability. The age-graded school exists in Europe, Asia, Africa, Latin America, and North America covering rural, urban, and suburban districts. What other school reform has been this successful? [ii]

As an organization, the age-graded school allocates children and youth by their ages to school “grades”; it sends teachers into separate classrooms and prescribes a curriculum carved up into 36-week chunks for each grade. Teachers and students cover each chunk assuming that all children will move uniformly through the 36-weeks to be annually promoted.

The age-graded school is also an institution that has plans for those who work within its confines. The organization isolates and insulates teachers from one another, perpetuates teacher-centered pedagogy,  and prevents a large fraction of students from achieving academically. It is the sea in which teachers, students, principals, and parents swim yet few contemporary reformers have questioned this one-size-fits-all organization.

Why have most school reformers and educational entrepreneurs been reluctant to examine an organization that influences daily behavior of nearly 4 million adults and well over 50 million children? Dominant social beliefs of parents and educators about a “real” school, that is, one where children learn to read in 1st grade, receive report cards, and get promoted have politically narrowed reform options in transforming schools. For example, when a charter school applicant proposes a new school the chances of receiving official approval and parental acceptance increase if it is a familiar age-graded one, not one where most teachers team teach and groups of multi-age children (ages 5-8, 9-11) learn together. Sure, occasional reformers create non-graded schools, the School of One, and particular community schools but they are outliers.[iii]

External pressures also constrict reformers’ maneuverability in trying other organizational forms. State mandated standards, college entrance requirements, and No Child Left Behind rules such as testing in 3rd to 8th grade are all married to the age-graded structure.

The unintended (and ironic) consequence of frequent and earnest calls for radical change in preparation of school leaders, school governance, curriculum, and instruction through non-traditional teachers and administrators, charter schools, nifty reading and math programs, iPads for kindergartners, blended learning, pay-for-performance, and other reforms  preserve the age-graded school and freeze classroom patterns that so many reformers and entrepreneurs want to alter.

The next post (Part 2) looks at non-graded classrooms and schools that existed decades ago and now.

7 responses to “A Successful School Reform: The Age-graded School (Part 1)”