In Part 1, I made the point that the structure of the age-graded school, introduced in the U.S. in mid-19th century, has become the taken-for-granted way for organizing schools ever since. One-room schoolhouses, the heretofore dominant way of structuring schools, went the way of the dodo bird. A century ago there were nearly 200,000 one-room schoolhouses, now less than 200 exist in the U.S. today.

Originally, the age-graded school building contained classrooms for grades 1 through 8. Over the decades, 1-8 expanded to pre-K through grade 12. To accommodate larger number of schools and students, architects designed one- and two-story elementary school buildings spread out over nearly an acre and secondary school buildings with multiple floors and corridors on each floor off which classrooms and offices were located. This model became standard. And within the building resided the standardized classroom. 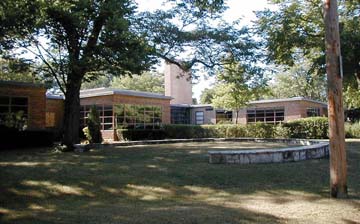 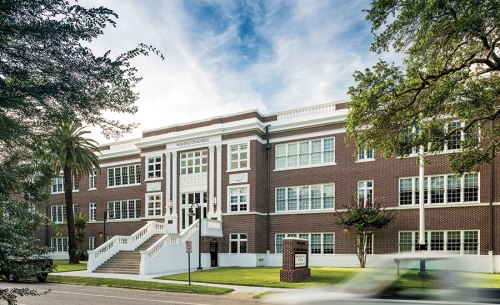 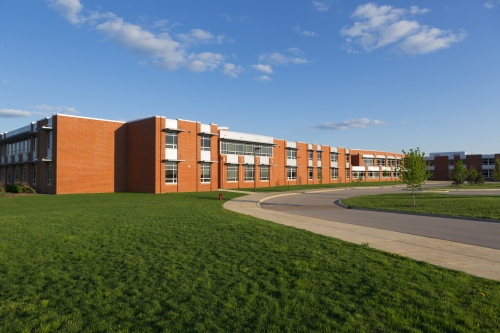 Each classroom contained an American flag, a wall clock, paintings or photos of U.S. Presidents, desks and seats–initially bolted to the floor but now movable–arranged in rows facing the teacher’s desk or, in elementary schools, round tables sitting pairs and trios of students. Going into current elementary and secondary school classrooms in Bangor (ME) Butte (MT) or Bakersfield (CA) becomes a deja vu experience for many who do not know of the many changes that have occurred in the design, furniture, and arrangements that teachers have made in their classrooms in every generation.

These standardized classrooms within the age-graded schools became sites where children and youth previously unknown to one another gathered and were housed for six hours a day with one or more adults. Children learned directly and indirectly how to behave in organizations, obey authority, feel pride toward the country, and live under rules. Students learned how to negotiate bureaucracies, work with others different from themselves, become members of a community, and compete to be number one (see here here, and here).

Over decades, classroom organization and teacher behavior also slowly changed. By 2018, Classrooms were now filled with tables and movable desks, particularly in the early grades, so students faced one another. Jean-wearing teachers drinking coffee smiled often at their classes. Students went to a pencil sharpener or elsewhere in the room without asking for the teacher’s permission. The dread and repression of the late 19th century classroom marked often by the swish of a paddle and a teacher’s sneer slowly gave way, decade by decade, to classrooms where teachers were more informal in language and dress, and had a light touch in controlling unacceptable behavior.

The constancy of the age-graded school too often masks these incremental changes as classrooms became standardized. Has a similar process occurred in the standardization of teaching?

Within age-graded structures (separate classrooms with groups of children that have to be controlled, curricular chunks covered in each grade with texts, periodic tests, a daily schedule) certain kinds of teaching fit better than others. David Tyack and I called those “structures” and the constraints for both teachers and students, the “grammar of schooling.”

Each tradition has had a grab-bag of names: conservative vs. liberal, hard vs. soft pedagogy, subject-centered vs. child-centered, traditional vs. progressive, mimetic vs. transformational, and teacher-centered vs. student-centered.

Each tradition has its own goals (transmit knowledge to next generation vs. helping children grow into full human beings);  practices (teacher-centered vs. student-centered); and desired outcomes (knowledgeable and skilled adults ready to enter the labor market and society versus an outcome of morally and civically engaged adults who use their knowledge and skills to help themselves and their communities). No evidence, then or now, has confirmed advocates’ claims for either tradition. These are pedagogical choices anchored in beliefs. While posing these traditions as opposites, I, Philip Jackson,  and others have pointed out that most teachers, including the very best, combine both ways of teaching in their lessons.

Educational battles have been fought time and again over these traditions in how teachers should teach reading (phonics vs. whole language), math (“new” vs. traditional), science  (learning subject matter vs. doing science) and history (heritage vs. doing history). Yet even at the height of these public wars fought in words and competing policies, teachers taught lessons that combined both traditions.

Since the late-1980s, however, states have embraced standards-based reforms, accountability measures, and mandated testing (e.g., with No Child Left Behind 2002-2015, Common Core standards and tests since 2010, and Every Student Succeeds in 2016).

How, then, in the past quarter-century of standards and accountability-driven schooling have teachers organized instruction, grouped students, and taught lessons?

For those who listen to teachers, the answer is self-evident. Classroom stories and teacher surveys have reported again and again that more lesson time is spent preparing students for high-stakes tests.  And what is taught has narrowed to what appears on tests.

To confirm or challenge these stories and surveys, I  and others have gone into scores of classrooms across the nation. I can sum up the evidence during these years of strong state and federal backing for standards-based reform and accountability into the following statements:

*Teacher-centered instruction has increased in those districts and schools that performed poorly on state tests.

Where state and federal authorities threatened districts and schools with restructuring or closure for low student performance, shame and fear drove many administrators and teachers to prepare students to pass these high-stakes tests. Teachers spent time in directing students to get ready for the skills and knowledge that would be on the state tests. Yes, a shift in classroom practices occurred with more whole group instruction, more seatwork, and more teacher-directed tasks such as lectures and worksheets in secondary school classrooms

All were aimed at improving student performance on state tests. The record of that improvement, however, is, at best, mixed.

*Even with that shift to more teacher-centered instruction, hybrids of the two teaching traditions still prevailed.

As an historian of teaching practices, I have written about how teachers decade after decade have combined both teacher- and student-centered instruction in both elementary and secondary school classrooms.

Even with the current concentration on standards and testing, blends of teacher-centered and student-centered practices still prevail. In short, teachers have had a degree of autonomy—some more, some less–to arrange their classrooms, group for instruction, and choose among different activities for the lessons they taught even in the midst of being labeled failures and threats of closing down schools.

On the whole, then, since the late-1980s when standards, accountability, and testing came to dominate U.S. classrooms, there is a tad more teacher-centered instruction but mixes of the two traditions remained very much present.

Yet, the struggle over how teachers should teach continues. Policymakers, researchers, practitioners, parents, and, yes, students need to know that both constancy and change have occurred in teaching over many decades. Knowing that these competing traditions of teaching–whatever label is given to each one–turn up in classrooms in 2018 call up anew the persistent fact that larger societal issues (e.g., strengthen the economy through better schooling) penetrate tax-supported public schools time and again mobilizing advocates of teacher- and student-centered practices, beliefs that have divided policymakers, practitioners, and parents for decades.