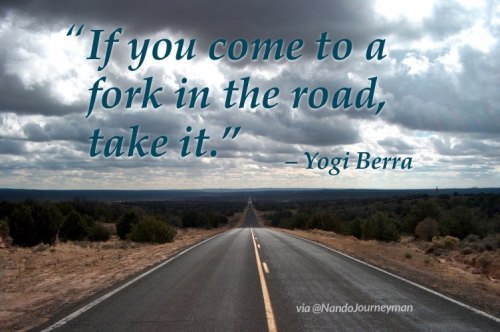 In the late-1970s, at a time when Japanese and German products began outselling U.S. cars and electronics and an economic slump loomed, corporate leaders expressed deep concerns over weaknesses in the economy and the lack of skilled employees. The industrial workplace was moving toward an information-driven society where a workforce needed different knowledge and skills. These were also the years when U.S. students came up short on domestic and international test scores. Appointed by the then U.S. Secretary of Education, a national commission turned in a report (1983) to President Ronald Reagan about the poor quality of U.S. schools and recommended a new direction to achieve a competitive workforce. Responsibility for mediocre test scores and by inference responsibility for a weak economy and a non-competitive workforce, was laid upon schools. As A Nation at Risk stated:

We conclude that declines in educational performance are in large part the result of disturbing inadequacies in the way the educational process itself is often conducted.
Schools, therefore, must reform to produce both excellent graduates in an equitable way who are ready to work in an information-driven economy. No mention of societal and economic inequalities that spilled over the schools decade after decade. Schools, then, must change in order to defend the nation and lead to economic prosperity. Unless there was widespread school reform immediately, then inequalities will worsen.

A Nation at Risk answered the question of which fork U.S. public schools should take by recommending higher curriculum standards, standardized testing, and accountability for results. If implemented, these recommendations, they claimed, would produce better schools, knowledgeable and skilled graduates, and a stronger economy. The U.S. could then be again a globally competitive nation.

The report triggered federal, state, and district reforms that continue to this day. Between the 1980s through Every Student Succeeds Act (2015), U.S. schools have focused on getting more students to graduate high school fully equipped with the necessary knowledge and skills to enter higher education and the work place. Schooling has become the handmaiden of the economy. This is the second time that such a marriage has been arranged–or to switch metaphors, the same fork in the road taken.

Hit the rewind button and return to the 1890s.

Listen to Theodore Search, President of the National Association of  Manufacturers in 1898:

There is hardly any work we can do or any expenditures we can make that will yield so large a return to our industries as would come from the establishment of educational institutions which would give us skilled hands and trained minds for the conduct of our industries and our commerce.    (quoted here, p. 29)

Over a century ago,  business leaders and progressive educators, holding this vision of schools helping the economy prosper, reorganized school system governance of large, politically appointed superintendents and patronage-ridden school boards by creating small, non-partisan, corporate-like school boards that hired professional managers. These policy elites invented junior high schools and created large comprehensive high schools where they installed newly developed vocational curricula to prepare students for an industrial labor market. They compiled test scores that compared students from one district to another so taxpayers would know that their monies were being spent efficiently (see here and here).

Now, push the fast-forward button to the 1970s when U.S. products were losing to foreign competitors. Another generation of business leaders linked weak sales in the global marketplace to declining scores on international tests and poor schooling. The economy was changing and schools were failing to keep pace. So A Nation at Risk seeking a revived economy looked to schools, as did policy elites over a century ago.

It is now 35 years since the report appeared. And what is the verdict of this second round of business-inspired reforms aimed at making schools responsible for serving the larger economy.

From Milton Goldberg, former staff director of the Commission that produced A Nation at Risk,  came the following judgment:

There have been positive changes in the education system since “A Nation at Risk” was published. There is now general acceptance of higher standards and expectations for student learning and achievement. We’ve seen new emphasis on the quality of teaching, as exemplified by the creation of the National Board for Professional Teaching Standards. The numbers of students taking the new basics curriculum defined in “A Nation at Risk” has increased exponentially. The growth of charter schools demonstrates the willingness of states and school districts to seek organizational changes for improved student performance.

The report, published years before many young teachers today were even born, was groundbreaking in emphasizing the importance of education to economic competitiveness and the failings of American schooling in comparison with international competitors. It presented a utilitarian and instrumental vision of education, and argued that schools, not society, should be held accountable for higher performance, and that performance should be measured by external testing—assumptions that underlay the state standards movement in the 1980s and 1990 and persist today in federal policy through No Child Left Behind.

On the 25th anniversary of A Nation at Risk, journalist Richard Rothstein had this to say:

A Nation at Risk therefore changed the national conversation about education from the Coleman-Jencks focus on social and economic influences to an assumption that schools alone could raise and equalize student achievement. The distorted focus culminated in the No Child Left Behind legislation of 2002, demanding that school accountability alone for raising test scores should raise achievement to never-before-attained levels, and equalize outcomes by race and social class as well.

A Nation at Risk was well-intentioned, but based on flawed analyses, at least some of which should have been known to the commission that authored it. The report burned into Americans’ consciousness a conviction that, evidence notwithstanding, our schools are failures, and warped our view of the relationship between schools and economic well-being. It distracted education policymakers from insisting that our political, economic, and social institutions also have a responsibility to prepare children to be ready to learn when they attend school.

There are many reasons to improve American schools, but declining achievement and international competition are not good arguments for doing so. Asking schools to improve dramatically without support from other social and economic institutions is bound to fail, as a quarter century of experience since A Nation at Risk has demonstrated.

From the political left to right, views of the report’s influence on existing school policies differ. Contemporary views of the report and the reforms it spurred mirror the three decade-plus arguments from liberals and conservatives over the best course to follow then and now.  All points of view do agree, however, that school reform rose on the political agenda for the following decades and remains close to the top even now 35 years later.

So for the second time in U.S. history, schools have been tapped to serve the larger economy while banishing educational inequalities. As before, schools become again another game of Whac-A-Mole.

5 responses to “Thirty Fifth Anniversary: A Nation at Risk”