Another Educated Guess about Philanthropy and School Reform

Every reform movement leaves a residue in public schools. Consider the “best” elementary school in any U.S. city during the 1890s before the Progressive education reforms cascaded over public schools in the early 20th century.*

The “best” elementary school (often called “grammar” school) of the 1890s, situated in a middle-class part of the city, had at least eight large classrooms–one for each grade–where teachers taught all the subjects to groups of 40-50 children sitting in rows of bolted down desks. 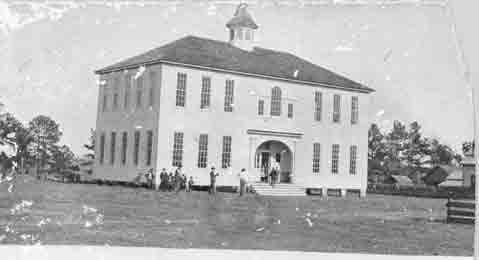 The teacher’s task was to cover the entire prescribed curriculum during the school year, have students recite–often standing up–portions of the textbook, and repeat what has been learned on periodic tests. At the end of the semester, teachers would decide which students would get promoted and which ones would be held back. In immigrant neighborhoods of the same city, elementary school buildings, curriculum and pedagogy were the same but what differed was that not all immigrant children  attended school and those that did often dropped out by the end of the third grade and worked in sweatshops, peddled newspapers, picked up off jobs on the street, or worked in industrial jobs that needed quick and small hands and feet. 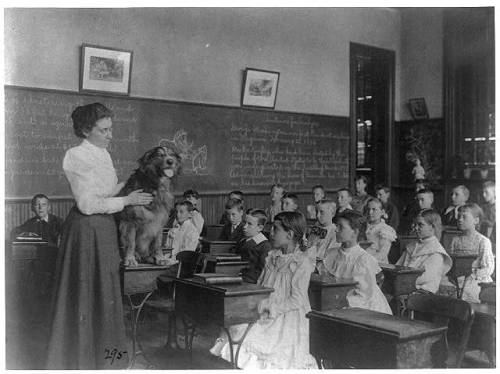 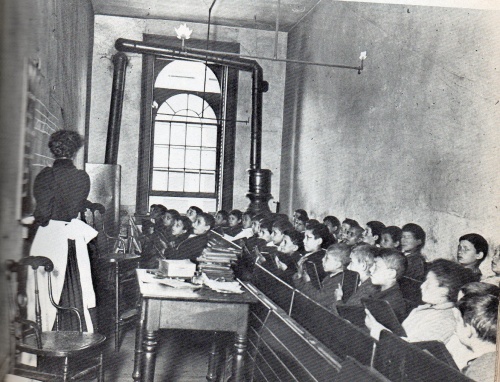 Much of that “best” 1890 elementary school changed with the slow penetration of progressive education reforms over the next forty years. The reform movement looked to the “whole child” beyond absorbing what the teacher said and what was contained within textbooks. The physical, social, psychological, emotional, and general well being of the student was at the heart of the progressive ideology of reform in these decades. By 1940, the “best” elementary school building now had more than a dozen classrooms, a lunchroom, auditorium, outside playground, suites of rooms for a visiting doctor to examine students and a separate room for an on-site nurse, a social worker, and, if space permitted, a psychologist who would administer individual intelligence tests. The curriculum still contained reading, math, and science and a new subject called “social studies,” but the content itself and new textbooks were geared to real-world examples rather than traditional content taught in the late-19th century. 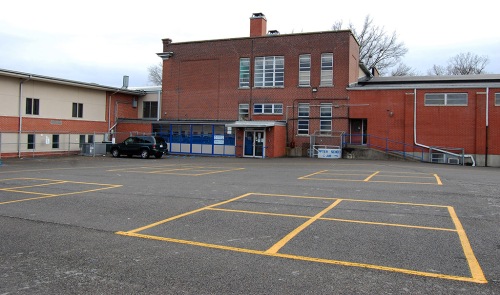 In progressive classrooms, movable chairs and desks replaced the rows of bolted down ones. Kindergartens where five year olds would work and play in large airy, furnished rooms with a reading area, sand box, artist corner, and blocks became part of the age- graded school. While textbooks still reigned supreme in the upper grades, additional books and materials appeared in classrooms. Many elementary school teachers began dividing up their entire class–still in the 30+ student range–into reading groups where a teacher would assign tasks to the rest of the class while she–by now teachers were mostly single women–would work with handful of students on a reading or math lesson. Instead of straight recitation from the text, often in unison, the “best” teachers in this “best” elementary school would guide a whole-group discussion of a topic calling on individual students who raised their hands to respond to teacher questions but no longer had to stand and recite memorized passages. 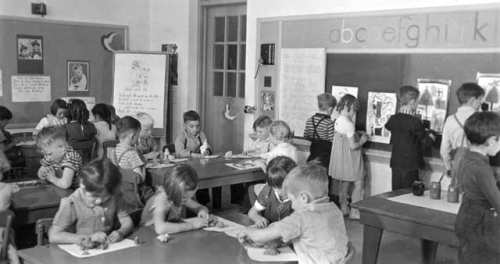 Since the early 1950s, when progressive schools came under political attack and a new wave of reforms swept across U.S. schools, deposits of these earlier reforms remained in elementary schools even after  the word “progressive” became a naughty word in the lexicon of school reformers. An informed observer walking into a “best” elementary school in 2014 would see vestiges of a much earlier progressive movement to improve schools.

Now fast forward to the first decade of the 21st century after thirty years of market-driven and donor-supported school reform. Vestiges of these decades of reform, like earlier progressive reforms, I am guessing, will be quietly incorporated into public schooling. Charter schools will survive, standardized testing will persist but be scaled back, a downsized version of a national curriculum standards will be in evidence, routine use of technologies will show up in classrooms, reduced  accountability regulations will be around but penalties will be fewer. While a high regard for student outcomes will persist, other outcomes of learning in the arts, humanities, and emotional growth will emerge.

Other current reforms such as evaluating teachers on the basis of test scores, ending tenure and seniority, calling principals CEOs, and children learning to code will be like tissue-paper reforms of the past (e.g., zero-based budgeting, right- and left-brain teaching) that have been crumpled up and tossed away.

Also the idée fixe of schools concentrating on producing human capital first and civic engagement second or third will persist but lose its potency slowly as popular pushback against too much standardized testing and a national curriculum grow in momentum.

I have seen many waves of school reform in my adult life as a teacher, administrator, and researcher. As a researcher, I have studied both 19th and 20th century school reform movements. In each movement then, bits and pieces of prior school reforms stuck. For contemporary policymakers and philanthropists who have invested much time, energy, and monies into these market-driven reforms and are alive, say 20 years from now, I would guess, will not break out the champagne for these remnants.

20 responses to “Another Educated Guess about Philanthropy and School Reform”