Slogans in Businesses and Schools

Located in Menlo Park (CA) near the tidal marshes at the southern edge of San Francisco Bay, Facebook has 11 open-space buildings holding 6,000 employees. Open space architecture means no one has an office with doors.  You want privacy, wear earphones.

None of the open-space arrangements surprised me. What did, however, surprise me in the description of Facebook’s workplace was that there were posters everywhere that “exhort changing, hacking, and fearlessness.” Corporate slogans like “Hack,” “Taking risks gives me energy,” and “What would you do if you weren’t afraid?” adorned walls, partitions, and employee entrances as constant reminders of what the company values (see slide show of Facebook, Google, and Twitter buildings).

My surprise may well be because of my limited exposure to these companies other than what I have read in articles and books plus what I heard from friends and their sons and daughters who work in these organizations. Apparently, company leaders believe that posting slogans everywhere strengthens the workplace culture and keeps the corporate vision and values driving Facebook at eye-level. Do such displayed slogans actually increase the sense of community and shared values and lead to higher job performance? I do not know.

There is another reason I was surprised by the ubiquity of placards in the Facebook workplace. In my experience as a teacher, administrator, and researcher I had seen in the past three decades many similar posters in low-income, largely minority schools exhorting students and teachers to learn and achieve. In these schools strenuous efforts to create a culture of achievement, success, and right behavior for every student is everywhere. For example in KIPP elementary and secondary schools, such posters abound: 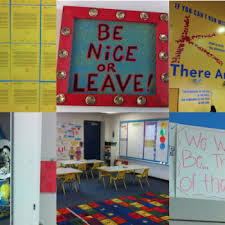 And here are some photos of wall posters in other urban schools that are 90 percent minority and poor: 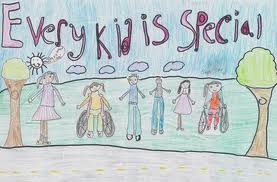 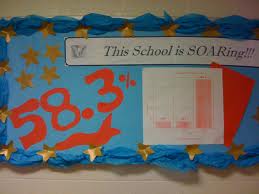 My memory fails me, however, about the days that I taught in three urban, largely minority high schools between the mid-1950s and early 1970s, I do not recall such posters urging academic success and responsible behavior. Yet when I returned to those very same schools in 2013, such posters as shown above, are everywhere in the school. 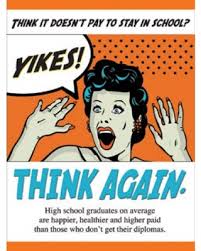 So I asked myself: when did such posters appear in urban schools? What influenced schools to post these slogans–similar to Facebook’s placards–to get students and teachers to work harder and produce higher student achievement?

When Did Posters Exhorting Students and Teachers Begin To Appear?

No doubt there is no one single moment or even year. But my guess is that such posters began appearing in the late-1960s to early-1970s in alternative schools formed to uplift ethnic and racial pride. The belief was that pride in race and ethnicity is a precondition for academic improvement. 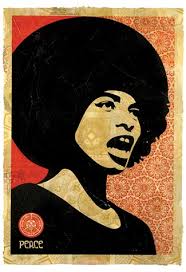 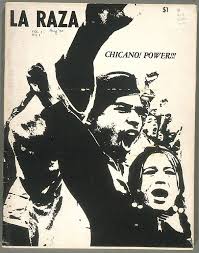 Beyond guessing, I am more sure of the movement to spread Effective Schools, beginning in the early 1980s, on the appearance of posters urging urban students to respect themselves, work hard in school, do well on tests, and succeed. Correlates of “effective schools” included “Climate of High Expectations,” “Clear and Focused Mission,” for example.  As attention and resources shifted to student outcomes in these years, efforts to make schools “effective” by following five, six, or more factors associated with high-achieving schools in low-income neighborhoods prompted many school leaders and teachers to display posters in school hallways and classrooms. 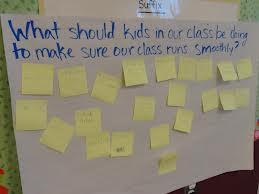 Furthermore,  the effective schools movement in  the 1980s converged with numerous initiatives within the corporate sector to restructure and re-culture firms to improve an organization’s performance. Those were the years (e.g., Nation at Risk) where harnessing school improvement to a stronger economy became the central task of policy elites and national leaders. Swapping ideas and practices between for-profit businesses and schools have occurred periodically in the past and were strongly encouraged by both corporate and national leaders then and since.

Do these slogans work? I really do not know for either the Facebook company or schools. Such school slogans certainly reassure students, teachers, parents, and school visitors that key values are displayed and important. Surely, the climate of a school, its norms, ceremonies, and traditions matter to how children, youth, and adults carry out their daily work. But far more critical is that school leaders, faculty, students, and community not only share the vision and values embedded in those slogans but also have the skills, wherewithal, and will to make them happen daily in hallways, cafeterias, and classrooms.

13 responses to “Slogans in Businesses and Schools”