Science, Math, and History: The Historic Struggle to Marry Content and Pedagogy

Entangled, impossible to separate, that is what content and pedagogy have been and are in U.S. schooling. But not to reformers.

For decades, in science, math, and history policymakers, researchers, teacher educators, practitioners, and parents have argued over what kind of content should be taught in classrooms, playing down the inevitable presence of pedagogy or how the subject should be taught. Amnesiac reformers, pumped full of certitude, have pushed forward with “new science,” “new math” and “new history” curricula many times over  the past century believing that the content in of itself–particularly delivered by academic experts–will magically direct teachers how to put innovative units and lessons into practice in their classrooms.

Well-intentioned but uninformed, these reformers have ignored how knotted and twisted together they are. Knowing content is one strand and how to teach it is the other. Entwined forever. 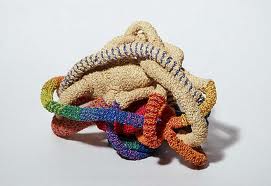 Recently, educational researchers have acknowledged this age-old marriage by calling it “pedagogical content knowledge.” They have expanded it to include knowledge of how students learn, the context in which teaching occurs, and other areas. Alas, this idea has yet to crack the mindset of reform-minded policymakers.

Struggles over academic content among policymakers, parents, practitioners–I  use the popular word “wars”– have occurred time and again avoiding answers to fundamental questions of the very purpose of the subject. Consider science.

Determined reformers have battled for well over a century over the purposes for teaching science in elementary and secondary public schools. Is the purpose scientific literacy for all students because in a democratic and technological society, it is essential? Or is the purpose to prepare students for entering college and getting good jobs? Or is it to produce engineers and scientists that will keep U.S. militarily secure and economically competitive in a global economy?

From those competing, value-laden purposes have flowed, generation after generation, questions of content and pedagogy. Should teachers concentrate on teaching essential subject-matter (e.g., biology, chemistry, physics) to unknowing students or have students act as biologists, chemists, and physicists, posing hunches, inquiring, and solving problems? Should teachers concentrate on students becoming scientifically literate to deal with complex real-world issues that cut across disciplinary boundaries or stick to traditionally separate subjects?

These either-or questions of purpose became curricular battles over what content should be taught but seldom how it should be taught. In 1910, John Deweyforeshadowed these struggles when he said that:  “science has been taught too much as an accumulation of ready-made material with which students are to be made familiar, not enough as a method of thinking, an attitude of mind….”  Dewey saw the split that continues to divide policymakers and academics eager to reform science teaching over a century ago. [i]

The history of science curricula and pedagogy in both elementary and secondary schools reveals time and again a preoccupation with students learning scientific disciplines in traditional teacher-directed, textbook-driven ways alternating with science content focused on engaging students in the practice of scientific investigation and applying science to daily life—between learning  “about” science and “doing” science. Note how pedagogy–how the subject should be taught–inevitably creeps into  what content should be taught.

Consider this quote from a national prestigious commission on science education:

Science for the high-school students has been too largely organized for the purpose of giving information and training in each of the sciences, the material being arranged in accordance with the logical sequence recognized by special students of that science…. The common method of science teaching too often has been of presenting the so-called essential with their definitions and classifications and of subordinating or omitting the common-place manifestations of science in home, community, civic, and industrial situations which make it easily possible for the learner to practice science.[i]

In subsequent years, “common-place manifestations of science in home” and elsewhere popped up in chemistry, physics, and biology courses. Specialists urged teachers to get students to work on projects such as building electric motors, eradicating mosquitoes in a community, and delving into the chemistry of food. Content and method were married.

In biology, for instance, curriculum experts recommended that teachers have their students see how colonies of bacteria were present in humans and animals and how they grow and spread in science labs. They recommended that colonies of bacteria be linked in classroom discussions and assignments to such direct questions to students as: Why wash your hands before meals? Why brush your teeth? Why cover garbage cans? [ii]

Supporters of traditional science courses and ways of teaching dismissed such efforts to engage students as “kitchen chemistry” and “toothbrush biology.”  How much of “kitchen chemistry” and “toothbrush biology” entered classrooms, however, is not known. Teacher responses to these policy swings in what purpose should drive science content varied greatly then (and now). How much of the new content and pedagogy entered lessons is unknown. Yet during these decades, when science literacy and relevance to students’ lives were strong, “doing” science where the content and pedagogy were one and the same seemingly triumphed over learning “about” science. But not for long.

After the Soviet Union launched Sputnik in 1957, public officials and education policymakers screamed for schools to produce more scientists, engineers, and mathematicians. The purpose for science content and instruction again shifted. Schools were drafted to defend the nation in the Cold War. The National Science Foundation funded academic experts in science to guide a total revision of the science curriculum to marry the learning ” about” to the “doing” of science.

The 1960s saw the “New Biology,” the “New Chemistry,” and the “New Physics” where university professors wrote texts, created materials, and ran summer institutes where they provided the content of the sciences to eager teachers. Scientists urged teachers to have their students solve real problems that required hypothesizing, experimenting, and reaching conclusions based on evidence. Content came first and pedagogy second again (see el_school science).

Since then, revisions of K-12 science content, in response to changes in social, political, and cultural life, have occurred again and again, led by both teachers and academic experts.  Today, it is the new science standards.

Again, how much of these changes in science content approved by commissions and state policymakers drifted down into classroom practice is, at best, hard to say. That teachers adapted lessons from new textbooks, ardent professional development during summers and science institutes led by academics, and cheerleading from superintendents and principals goes without saying. Also, it goes without saying that how much of the “new” curriculum settled into classrooms varied tremendously.

Even amid shifting purposes for science in public schools, reformers, including university scientists, too often subordinated pedagogy to content in the mistaken belief that changing the content of what students study will magically alter what occurs in classrooms. Not only in science has this occurred but also in math, and history.

I take up math and history in subsequent posts. 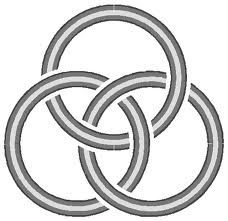 [ii] Cited in DeBoer, A History of Ideas in Science Education, p. 97 of  Elliot Downing, “The Course of Study in Biology” in the National Society for the Study of Education, A Program for Teaching Science, 1932.

16 responses to “Science, Math, and History: The Historic Struggle to Marry Content and Pedagogy”