For this month’s feature on cartoons*, I chose a selection from Robert Rendo. We met through my blog and he sent along a sampling of his cartoons from which I selected some  on students and testing. He sent me the following description of himself.

Robert Rendo grew up in New Hyde Park, New York. He lives in New York City and in Massachusetts with his wife Rachel, an educator and children’s clothing designer.

Robert Rendo is an editorial illustrator and president of PoliticalCartoonsOnline.com. A native New Yorker, Mr. Rendo’s  work has earned him publication in the Op/Ed section of the New York Times, the Chicago Tribune, and the Sacramento Bee. Recently, Rendo designed the logo, masthead, and branding for educational historian Diane Ravitch’s Network for Public Education. His images can also be found on Stephen Krashen’s blog, Education Notes Online, and the blog “Susan Ohanian Speaks Out”.

“I hope to provoke all readers,” says Rendo. “Editorial art is a precise genre.”

When asked how he foresees illustration in media, Rendo said, “I think it’ll be shared more equally between hardcopy and the internet. For me, It’s more satisfying to hold a periodical in your fingers and turn the pages. Whatever the format, illustration will always help chronicle the follies of man. And we humans screwing up never seems to be out of vogue. “ 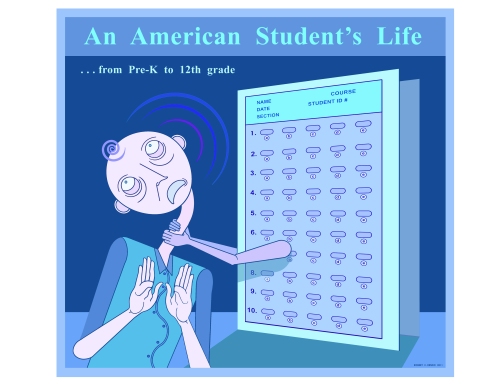 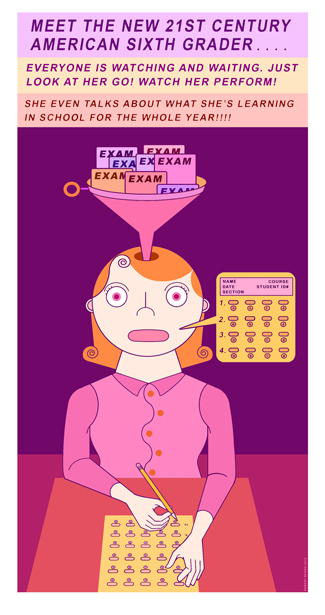 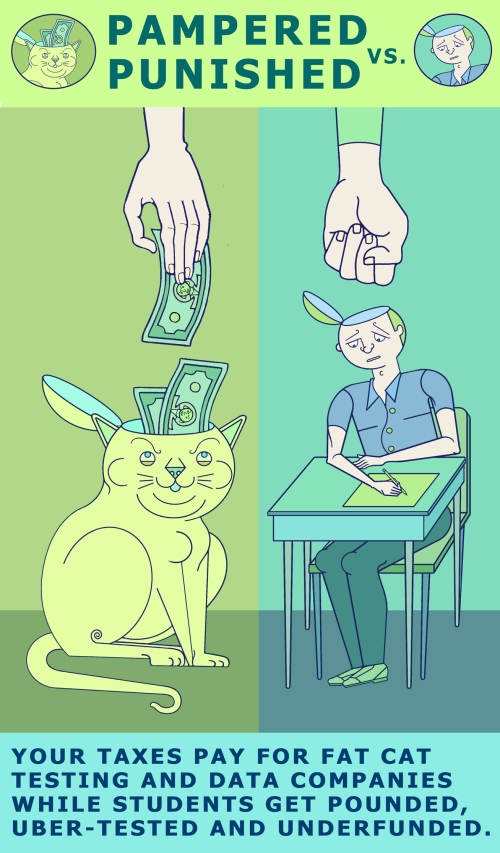 8 responses to “Cartoons from Robert Rendo”