Jeff Dunn is Executive Editor of Edumedia. He posted his version of technological devices that influenced classroom teaching and learning on April 18, 2011. Because of space, I have dropped some of the artifacts he included. There are, of course, many definitions of instructional technology; this one relies on devices and machines. Dunn’s evolution of technology, then, tracks the different devices used in classrooms.  Another definition focuses on teacher use of the devices to advance learning in lessons. Even other definitions frame technology as processes,  ways of organizing classrooms, schools, and districts. And on and on. The following series of devices with Dunn’s commentary, then, is just one way of seeing technology in its narrowest sense.

Classrooms have come a long way. There’s been an exponential growth in educational technology advancement over the past few years. From overhead projectors to iPads, it’s important to understand not only what’s coming next but also where it all started….

Wooden paddles with printed lessons were popular in the colonial era…. On the paper there was usually the alphabet and a religious verse which children would copy to help them learn how to write.

This is a pointer and also a corporal punishment device.

The precursor to a slide projector, the ‘magic lantern’ projected images printed on glass plates and showed them in darkened rooms to students. By the end of World War I, Chicago’s public school system had roughly 8,000 lantern slides. 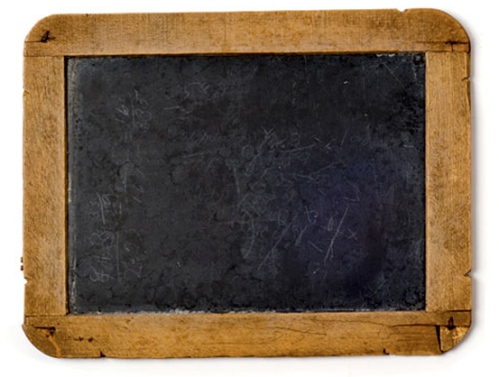 Used throughout the 19th century in nearly all classrooms, a Boston school superintendent in 1870 described the slate as being “if the result of the work should, at any time, be found infelicitous, a sponge will readily banish from the slate all disheartening recollections, and leave it free for new attempts.’ 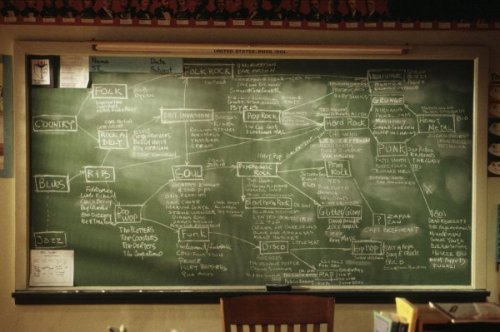 Just like the chalkboard, the pencil is also found in basically all classrooms in the U.S. In the late 19th century, mass-produced paper and pencils became more readily available and pencils eventually replaced the school slate.

At the turn of the century, the Keystone View Company began to market stereoscopes which are basically three-dimensional viewing tools that were popular in homes as a source of entertainment. Keystone View Company marketed these stereoscopes to schools and created hundreds of images that were meant to be used to illustrate points made during lectures.

Similar to the motion-picture projector, Thomas Edison predicted that, thanks to the invention of projected images, “books will soon be obsolete in schools. Scholars will soon be instructed through the eye.”

New York City’s Board of Education was actually the first organization to send lessons to schools through a radio station. Over the next couple of decades, “schools of the air” began broadcasting programs to millions of American students.

Initially used by the U.S. military for training purposes in World War II, overhead projectors quickly spread to schools and other organizations around the country.

While it was originally invented in 1888, it was not until 1940 that the ballpoint pen started to gain worldwide recognition as being a useful tool in the classroom and life in general. The first ballpoint pens went on sale at Gimbels department store in New York City on 29 October 1945 for US$9.75 each. This pen was widely known as the rocket in the U.S. into the late 1950s.

Surviving into the Xerox age, the mimeograph made copies by being hand-cranked. Makes you appreciate your current copier at least a little bit now, huh?

B. F. Skinner, a behavioral scientist, developed a series of devices that allowed a student to proceed at his or her own pace through a regimented program of instruction.

[See an unusual video of B.F. Skinner describing “machine teaching” in a four minute video. It is a rare video and worth the entire post to see it] 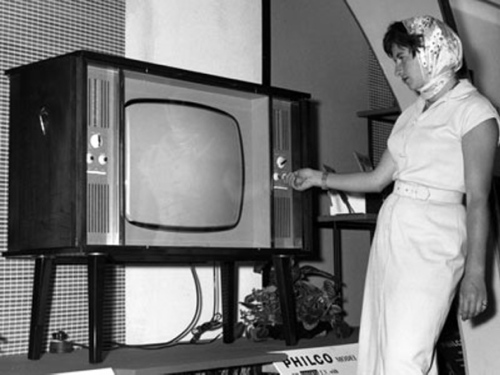 By the early sixties, there were more than 50 channels of TV which included educational programming that aired across the country. 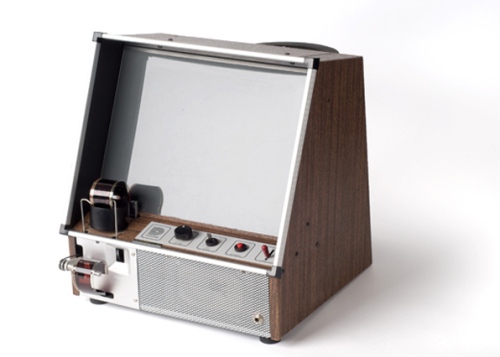 [T]his filmstrip viewer is a simple way to allow individual students watch filmstrips at their own pace.

The predecessor of the much-loved and much-used [Texas Instrument] TI-83, this calculator paved the way for the calculators used today. There were initial concerns however as teachers were slow to adopt them for fear they would undermine the learning of basic skills.

Perhaps your favorite device, past and present, was omitted from Dunn’s list. What’s missing? These are the mechanical and electronic devices, the artifacts in classrooms that future generations will marvel over but have little sense of why and how teachers used them. Excluded are the progressive and conservative pedagogies with which teachers used the devices, the software, and the organizations in which they were located.

Filed under technology use

Tagged as how teachers teach, technology