Preschools in China, Japan, and the U.S.

I recently read an unusual study of preschools in three nations. In 1989, Joseph Tobin and colleagues published their book Preschools in Three Cultures: Japan, China, and the United States. What is unusual is that Joseph Tobin, an anthropologist put together another team of Chinese and Japanese scholars (an educational psychologist and cultural psychologist) to return to the very same schools over a decade later. The result is Preschools in Three Cultures Revisited (2009).

Using extensive videotaping and interviewing of preschool teachers,  administrators, and national experts they sought to find out how much change had occurred in the preschools they revisited that was spurred by the exponential pace of globalization since the initial study and how much cultural continuity persisted in norms and practices.

Change and continuity over time in social, political, and economic institutions is what historians study. For anthropologists and psychologists, however, to include the dimension of time makes their revisiting preschools in three cultures unusual.

When most people think of preschools for three and four year-olds here and abroad, they (and I) assume that these young children have similar needs, interests, and abilities. What Tobin and other researchers found, of course, is that preschools in other nations are very different from one another largely because of culture. The central question the authors ask in revisiting these schools a generation later is: Have the cultural differences that made these preschools in the mid-1980s distinct persisted or had increased globalization made Chinese, Japanese, and US preschools more alike with losses in their cultural distinctiveness?

If you want to take a crack at answering the question, look at this 15-minute video that Tobin and his colleagues pulled together from 1984 and 2002 film clips to compare each of the preschools–they added one in Shanghai  for 2002. Surely, a 15-minute video is insufficient to answer the question. So however you respond, it is clear that all you have are fragments, not the whole picture that these ethnographers compiled. (To access the video go to this document . In Introduction scroll down to fourth paragraph where you will see Fig. 1. Double click on Fig. 1 and photo and video will appear).

Here is how Tobin and his colleagues answered the question in 2009:

“A simple version of our findings would be that over the past 20 years Chinese preschools changed a lot, Japanese preschools not very much, and U.S. preschools are somewhere in between…. The more complicated, nuanced version of this story is that there is more continuity than meets the eye in China’s early childhood educational change, more dynamism and angst in Japan’s continuity of preschool practices and beliefs than is conveyed by the term ‘continuity,’ and more class and ideological tensions in the U.S. contemporary situation than is conveyed by the narrative of a country inching toward creating a national system of preprimary education” (p. 224).

Consider what the authors found in Chinese preschools: 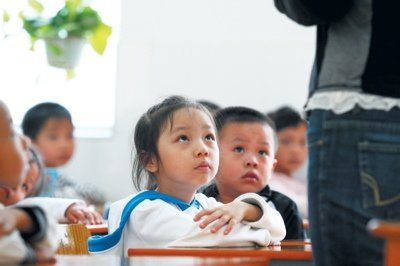 “In contemporary China, modernization of early childhood education means more individualized education, with a focus on the rights of the child and on promoting independence and creativity….Many of the new approaches …  we have described including the Story Telling King and sociodramatic play  activities … are concerned with producing … children who will grow up to be socially minded and recognizably Chinese (p.227).”

In Japanese preschools where typical student/teacher ratios are 20 to 30 to one, authors found “an emphasis on children’s free play and de-emphasis on academic readiness” but with practices that continue to “support the development in young children of such traditional Japanese values as omoiyari (empathy), kejime (the ability to change one’s behavior according to context), and shudan shugi (social-mindedness)” (p. 240). In Japan, “there is a general consensus that preschools have an inherently conservative function, which is to protect children from the negative effect of [globalization]” (p.229). 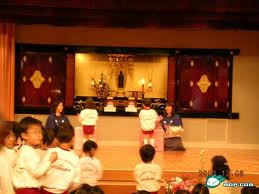 And in U.S. preschools? 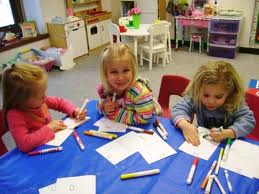 “In 1985, preschools … were largely free to teach as they wished, emphasizing play or learning, setting their own cognitive, academic, and social outcomes for children, arranging their classrooms … without needing to follow a set of guidelines…. Today in the U.S. … preschools are increasingly under pressure to comply with external governmental and professional organization standards in their curriculum, classroom set-up, and their learning outcomes…The play oriented curricula, whole language approaches to literacy and child-centered pedagogies that were seen as best practices … are now critiqued … as old-fashioned, ideologically driven, and unscientific”(pp. 230-231).

Yet practices in U.S. preschools persist that “reflect a core cultural logic that is largely shared across the philosophical/ideological spectrum. These practices include an emphasis on [individual] choice, self-expression, and the quality of the .. relationship between teacher and child in her class” (pp. 243-244).

Both change and cultural continuity show up in the these preschools at two different points in time.

2 responses to “Preschools in China, Japan, and the U.S.”