Denying the Facts: Investing in Computers and Higher Test Scores

Five years ago, with little evidence that teacher and student use of computers in classroom lessons would raise test scores, Kyrene (AZ) school district voters authorized $33 million in technology expenditures. Since then Kyrene administrators and teachers have offered enthusiastic endorsements, teachers and students have used the technology, and, here is the kicker: test scores have stagnated.*

The tough question that journalist Matt Richtel asks in his report on the Kyrene (AZ) school district’s impressive investment in hardware and software is straightforward: Why have test scores been sluggish?

None of this has surprised those of us who, over the years, have pointed out the lack of cause-and-effect between technology use and student test scores. What did surprise me, however, were the responses of journalists, academics, teachers, CEOs, vendors, and others who read the New York Times piece last month.

After sampling the responses–I confess that the ones I offer here may be unrepresentative–it seems to me that denial is at work. Denying facts is a common psychological defense mechanism that most of us have practiced many times.

“That throbbing pain in the knee for the past three hours will go away and I will feel better.”

“Sure, I weigh ten pounds heavier than I did last month but I don’t have a weight problem.”

“Global climate change is a figment of a few scientists’ imagination”

Denial of unpleasant facts is so common that it shows up repeatedly in comments from smart people to the Richtel article.

Blame the tests. Test scores have plateaued because current standardized tests do not capture the thinking, decision-making, and critical skills that student learn from using classroom software. From a Duke University professor:

“It is not the test scores that are stagnant. It is the tests themselves.   We need a better, more interactive, more comprehensive, and accurate way of testing how kids think, how they learn, how they create, how the browse the Web and find knowledge, how they synthesize it and apply it to the world they live in.   As long as we measure great teaching … by a metric invented for our great grandparents, we give kids not just the limited options of A, B, C, and D in a world where they can Google anything, anytime.”

Blame classroom structure. From the editor of a educational technology journal:

“In the photo that accompanies Richtel’s article, we see students in a traditional classroom, lined up in rows and sitting before notebook computers…. The crux of the problem is we forget that a classroom is a form of technology, too. Thus, we have a case in which a newer technology (computers with internet access) is embedded in an older technology (classroom)….For the 19th century classroom, perhaps the best technology is the 19th century lecture and hardcopy textbook. The point is that the latest technology, confined to a classroom, is like a Pratt & Whitney F100 turbofan jet engine in a 1965 Volkswagen beetle chassis. If the beetle doesn’t fly, no one’s surprised.”

Then there is my favorite example of denial.

What Richtel says is probably true but he reported the wrong story.

‘Schools spend billions on technology but use it to do the same old stuff in more entertaining ways!‘

Why is this happening, the reporter could have asked? Is it because teachers don’t understand the technology’s power, or because they want to make sure the kids learn what the adults have decided they must learn…?”

Finally, most responses denied the complexities in operating tax-supported public schools aimed at serving all students and achieving multiple economic, social, and political purposes. Well-funded reformers championing iPads et. al.  see devices in classrooms and home as the cure-all for inequities (e.g., online instruction available to rich and poor) and uneven teaching (e.g., you cannot get effective teachers in every single classroom but you can get effective teaching online). Were it only that simple.

These examples illustrate different forms of denial at work. Richtel’s report on Kyrene’s expenditures for computer hardware and software for the purpose of improving teaching and learning without showing even a minimal return on investment (ROI)–the magical mantra that current reformers use as the gold standard–challenges the dominant “wisdom” about the worth of instructional technologies. That the Kyrene school district in Arizona might be the grain of sand revealing a larger truth about the value of classroom technology is very hard to face. 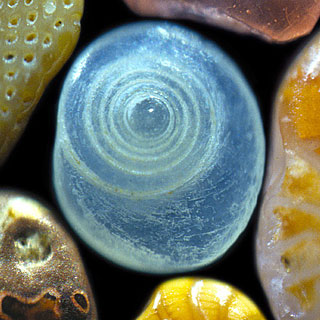 *Full disclosure: I am one of the sources cited in the New York Times report and have argued elsewhere many times that “return on investment” insofar as computers in classrooms and test scores are concerned has been minimal.

20 responses to “Denying the Facts: Investing in Computers and Higher Test Scores”