On Hope and Urban School Reform

Hope is both rational and emotional.

Faced with a lethal illness and the probability of dying within months, some patients knowing the facts of their illness and the inevitable arc of the disease have surprised their doctors by their resilience, determination, and, yes, hope in living years rather than months.

And there are those patients who do not want their doctor to recount the facts of their illness, its probable trajectory, and what  is reasonable to do and expect. Avoiding decisions over the inevitable trade-offs involved in any “cure,” these patients find refuge in alternative treatments. They willfully embrace the emotion of hope but ignore the realities of their condition. In effect, they chase false hopes.

Yes, I know that the distinction I make between real and false hopes in patients faced with a terminal disease is blurry. Nonetheless, I believe there is a qualitative difference in these two kinds of hope. A clearer distinction can be made between hope and optimism.

Unlike varnished optimism which depends upon unrealistic forecasts (hey, I am going to win the lottery; or the technology worker believing that backup systems won’t fail) hope–as oncologist and writer Jerome Groopman points out–“is rooted in unalloyed reality.” Hope, he continues, “acknowledges the significant obstacles and deep pitfalls along the path. True hope has no room for delusion” (p. xiv).

And here is where I want to make a segue between these distinctions about hope derived from doctors treating seriously ill patients and the persistent efforts of urban school reformers to rescue failing schools.

In an earlier post (May 9, 2011), I wrote of an experience I had with graduate students at Stanford University seeking an MBA who questioned the facts I presented about failed school reforms and the historically bloated rhetoric of reformers. These students were eager to take on the challenges of overhauling urban schools and classrooms. One young woman took me to task for depressing the entire group and stripping them of hope.

“Even though nearly all these students accepted the accuracy of what I said–many had read similar accounts of previous reforms–I sensed that the questioner wanted reassurance that their time, energy, and commitment will pay off later in successful reforms. I could not (and did not) reassure her. Nor could I  give her unvarnished hope.”

“What I did do was talk about the importance of knowing realistically what faces anyone undertaking an adventure that contains the possibility, nay, probability of failure. I compared the launching of a school reform to climbing a difficult mountain. Responsible people want a guide. Someone who can tell the adventurers where the crevices are, what false turns to avoid, where the icy spots are and to be honest about the possibility that they may have to turn back before reaching the summit. That accurate knowledge of the difficulties, honesty, and humility are crucial to reaching the summit and implementing a school reform. Hope for success rests in expertise, problem solving, and courage but–and this is an especially important “but”–climbing that mountain (implementing that reform) is still worth the effort even if success (however defined) is not achieved.”

As I recall, the reaction of the class to my words was subdued. If I had to guess, I had possibly dampened their optimism about accomplishing reform but had hardly dented their personal hope to rescue students and schools from failure. Nor did I want to diminish their hope. I only wanted to anchor their hopefulness about positive changes in urban schools in the realities of past and current reform without losing the energy fueled by emotion. I wanted them to avoid getting caught up in the seductive rhetoric appealing to their emotions that U.S. reformers indulge in again and again: overstate a crisis in schools to the point of despair and then understate the difficulties of making school and classroom changes. These are the ingredients of delusion. And “true hope,” as Groopman said, “has no room for delusion.”

Were urban reformers clear-eyed about how schools can, indeed, make a difference in the lives of minority and poor children and youth, the more vocal ones would lower the flame of rhetoric by dumping slogans like “no excuses.” They would not dismiss those teachers, principals, and community members who not only tackle the effects of poverty on learning but also are equally committed to improved schooling.  It takes courage, not delusions, to recognize and speak openly about what urban young children need before they arrive in school and the interventions needed when they are there. It takes courage to not chase false hopes. It takes courage to distinguish between untempered optimism and realistic  hopes. 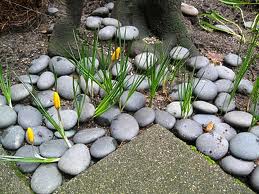 4 responses to “On Hope and Urban School Reform”